#1
I have two nights in PA. Will actually start on a Friday morning in Reston, VA and end up at NOON in Edison, NJ. I am trying t develop a route that would allow me to hit decent games with minimums under $25. 6 deck games, ofcourse.

Anyone know 3+ casinos in a 50 mile radius? Suggestions?

#2
Hi Zeebabar, i would get a copy of the latest cbjn and select all the casinos in the area you are staying with good rules under $25 Then go onto google maps and you can see exactly where they are then make a route for playing them
I have just done the same thing for vegas casinos. I now have about 30 to play over 2 weeks
Z

#3
I have the CBJN, am in Virginia, heading into PA on Friday but I cannot seem to find 6 deck games with $25 or less in CBJN. All the places are 8 decks, the 6 deck games seem to be $50 minimum or more.

#4
Sorry replying late. The Wilkes Barre store is only sub-25 6D game I'm aware of in PA, but it is outside your radius.

#5
Curious if anyone has good feedback on the starred stores in the map, particularly the most Southern of them, which are south of PA. 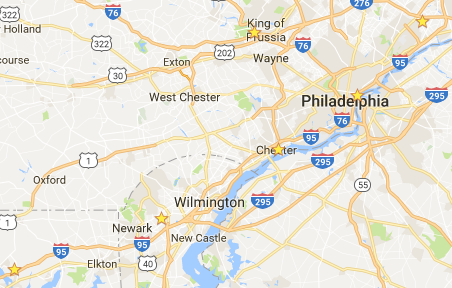 #6
D0nnieD0minos said:
Curious if anyone has good feedback on the starred stores in the map, particularly the most Southern of them, which are south of PA.
Click to expand...
Probably too late for D0nnie but in case anyone else is looking for info like this, I made a pass through here in Q4 2018 and stopped by the three southern most locations on the map.

* Starting with the southern most star on the map: This place is *tiny* for the east coast. Only one pit in the casino. Pen was consistently < 66%. I ended up playing poker.

* Heading north on I-95 to the next star: Much nicer than the previous place and favorable conditions, just avoid the CSM. I won't call the place sweaty because you won't feel any heat, just the tap. Keep your session short.

* Continuing up 95 to the next star: Best playing conditions of all 3 locations. Good rules (love those PA gaming laws), decent pen, and lots of tables in multiple pits. The problem is the location. I felt like if I got lost in the area around this place, I would never be seen again. The parking garage was not much better. I did not feel safe in it. If you do a google search you will find several stories of robberies occurring in this garage. Use extra caution and bring a friend if you can.

My recommendation would be skip the first and make a short stop at the second on your way to the third.

#7
Thanks Zero. Only one I haven't been to is the MD star. Concur with all your comments about the other two ... But I have been able to sit long in DE without issues, not that I recommend that sort of thing.
You must log in or register to reply here.
Share: Facebook Twitter Reddit Pinterest Tumblr WhatsApp Email Link
Top