The State of Blackjack – Opportunity Amidst the Apocalypse? 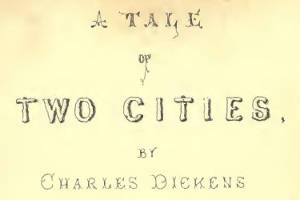 Rules and conditions at casino blackjack tables have been steadily declining for years, and there are a lot of really bad games out there.

6:5 Has Spread Far and Wide

I just tallied up the games offered in Las Vegas, based on the latest issue of Current Blackjack News. A depressing 40% of the regular blackjack tables in Las Vegas now pay only 6:5 for blackjack.
A $10 bet on these games only wins $12 when you get blackjack instead of the normal $15 that is paid on a 3:2 table. For more on 6:5 blackjack, see Just Say No!

The situation is actually far worse for low-limit players. Most of the remaining 3:2 tables have higher minimum bet limits. Generally, on the Las Vegas Strip, you will not find a 3:2 game with less than a $25 or $50 minimum bet. There are a few exceptions, but not many.

Another problem is the spread of the CSM… the continuous shuffle machine. I’m not talking about machines used to shuffle all the decks after the cut card is reached, but instead the variety where the dealer is constantly adding the used cards back into the shuffler. These machines eliminate the ability to count cards, since the used cards are almost immediately available to appear in the game again.

Casual Players Get the Worst of It

Although more than half the tables in Vegas are still traditional 3:2 games without a CSM, you will not find many of those games at the casinos that are most commonly visited by tourists. A typical weekend visitor to the city is likely to end up on the Strip where a low-limit player is going to see endless rows of 6:5 instead. To find the playable games, you really need to hit the locals casinos or head downtown.

And the same is true in many other parts of the country. Lower limit tables are often now 6:5. Some casinos offer nothing else.

“Blackjack apocalypse” may be an exaggeration, but conditions are indeed much tougher now than they were just five years ago. For a beginning player who doesn’t have the bankroll to play the needed spread on higher limit games, it can be very difficult to find an acceptable game.

So how can there possibly be a flipside to this sad tale? What about Dickens’ “best of times”?

Casinos Proliferate Across the Country

For decades, casino gambling along the east coast of the US was limited to just Atlantic City. The monopoly of AC has been steadily diluted over recent years, as more and more states in the area have added casino gambling to help solve their budget problems. You can now play blackjack in most states in the East and Midwest.

With all these new casinos opening, there are more opportunities than ever to play profitable casino blackjack. When casino gambling moves into a new area, it can be difficult for casinos to find experienced personnel to deal and protect their games. As a result, a player who has the time and bankroll needed to travel and play in many areas can find more beatable games than ever.

The rules for blackjack are often better in far-flung casinos, and pit and surveillance personnel are rarely as eagle-eyed as in the experienced Vegas market. New casinos also often tend to offer exploitable promotions and marketing offers. Poorly trained dealers create yet another kind of advantage. For skilled players whose bag of tricks extends beyond traditional card counting, the new venues can be even more lucrative.

Well-Bankrolled Travelers Have the Best of It

For the experienced and skilled player who has the bankroll needed to take advantage of all these new markets, times have rarely been better. There are plenty of full-time players out there, racking up the miles commuting between the major new markets, and making more money than ever. And for now, that is a trend that does not seem endangered at all.

While the CSMs and 6:5 games are spreading into these markets already, most of these casinos are finding out that competition is very tough, and they can’t just take out all the good games like the Strip casinos have. Vegas has something these markets do not. Vegas is a destination market where many of the visitors no longer care whether the games are good or bad. That’s not the case for casinos in Pennsylvania, or Delaware, or West Virginia. In most of these areas, there are simply too many casinos and not enough players. That is a recipe for profits for good players. With so many venues available, getting backed off from playing blackjack at a particular casino is only a momentary inconvenience. Just move on down the road to the next place.

So the beatable games are out there, probably a lot more than you think. If your situation allows you the flexibility to take advantage, it really can be “the best of times”. But If you’re forced to play only in your local area, or don’t have the bankroll to attack the games and afford the expenses of travel, well, yes, times are tough.

Eh. What do you expect. The real opportunity ended in 1961 with the publication of Beat the Dealer. It’s a wonder blackjack was continued AT ALL after that. It’s just not the opportunity that exists any more. Every generation, there is an opportunity to get rich easily. Blackjack was the big opportunity in the first half of the 20th century, and it stopped being so once everyone knew how it could be beaten. Just as you might be wishing you could go back in time to the 1950s (you could probably count cards out loud and they’d never figure out what you were doing!) for a completely vulnerable 1-deck game with no maximum bet and probably a 1$ min bet, or even less than that since it’s 1950s dollars, and probably surrender available and probably the blackjack bonus for getting a 5-card 21 too, just imagine, someone in the year 2100 wishing he could go back in time to today to exploit a weakness that is somewhere, right under your nose, that you don’t know about. And once you learn about it, it will be because everyone will have learned about it, and then that opportunity will be gone.

Obviously casinos would eventually rig blackjack in some way though. I’m just surprised it took 50 years. Honestly, you don’t want to invest in casinos. They’re desperate, and if you check stock market history, they’ve been losing money for a long time. And it’s not all because Trump is retarded and drives all his businesses into the red.

Luckily, the pit-bosses and THEIR bosses here in Mesquite seem to have a super-low opinion of the 6:5 games, so I doubt we’ll be seeing them for a while…

Ken, your site has helped me bloom into a top advantage player and it’s also where I send anyone looking to learn. Thanks so much for offering this wonderful site and strategy trainer, and for free at that!

Thanks for the kind feedback. I love hearing from players who have learned to extract money from casinos. Continued good cards, -Ken-

My information is a little dated, as I have had little reason to be in the area in the last year or so. The games were OK, but nothing special. Both Harrahs and Boomtown had 2-deck games, but they deal one deck at most. Treasure Chest had the best six-deck penetration, but only at 75%.

Please reply to my Email address a list of Vegas casinos that still have 3:2 tables and which casinos you recommend as best. Thanks.

Nobody
Reply to  Elmer

Do your own scouting.

Sucks that this is the trend in Vegas. I stopped playing at the Venetian in LV about a year ago because of all the bs 6:5 games. Recently, I saw the NY NY just started doing this on their shoe games. I hope all blackjack players boycott these games so the greedy casinos are forced to go back to 3:2!

It shouldn’t be called blackjack anymore, someone had a different name for it. They called the 6:5 game Crapjack. Some of the single deck games pay only even money for a blackjack which is the most damaging to the player. I wish that there weren’t so many of these books Beat the Dealer published. It’s true blackjack is ruined. At the casino I take the bus to, all the regular blackjack games are still 3:2, but are essentially unplayable due to the CSMs being used. You have to either play Spanish blackjack or play at a $25 minimum. Spanish blackjack requires a different strategy because of no 10s in the deck. I was interested in learning blackjack, but now the incentive is almost gone. I figure if you just win 100-$200 dollars at a session and walk away they would probably leave you alone for counting cards. The idea is not to try to win too much. At least I don’t have to try dodging hardways on the even number points on the dice machine on the don’t pass and sometimes having to take the hardway hedge because of being burned so many times after not taking it. That’s the one thing I liked about blackjack. People are not going to Vegas like they used to, so someone thought they could increase revenues by not having a good game. All they are going to do is lose more business. It takes money to upgrade and build those big hotels, I think they made a mistake by overextending themselves and then having to offer bad games. Binion got it right. He could afford to offer promotional 2:1 games once in a while because he made his people want to come back. I would not offer alcohol, so I would have to offer some promotions myself.