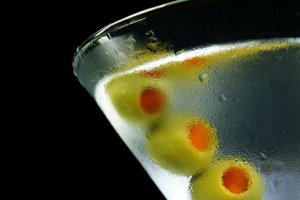 For players, free drinks are an important part of the casino experience. For casinos, serving free cocktails generates a nice return on investment.

This week, a 52 year old California man filed suit against the Downtown Grand Casino in Las Vegas, alleging that the casino continued serving him drinks and extending gambling credit to him after he was obviously intoxicated. He went on to sign markers for $500,000 and lost it all, not realizing how much he had lost until he awoke the following day.

The controversial lawsuit has gotten wide coverage in the press. (See CNN.)

17 Hours at the Tables

Mark Johnston apparently gambled for 17 hours during a marathon session at pai gow and blackjack, signing multiple credit markers including two for $100,000 each, only 21 minutes apart. Later that night, he was issued another marker for $250,000. Upon returning home, Johnston stopped payment on the markers, which are processed much like a personal check. His suit calls for elimination of the gambling debt, as well as monetary damages from the Downtown Grand.

Key to his case will be eyewitness testimony and surveillance footage that might show whether the casino should have known that he was too intoxicated to continue. Nevada casinos are prohibited from serving drinks to patrons who are visibly intoxicated, or to let them continue to play.

While this case is an extreme example, it is easy to see why casinos serve free drinks to their gambling customers.  Drinking reduces your ability to make rational decisions about the money you are betting.  And, that is exactly what the casino needs to part you from your money.

A few years back I had a very interesting conversation with a friendly pit manager.  Somehow, we got on the topic of cocktail service.  He told me about the changes he had made after taking a management position in a struggling high limit room.

The first thing he did was allow the bartenders to pour generous portions, and not be restricted to one shot of liquor per drink.  While the corporate bean-counters had been concerned about liquor costs, he knew that alcohol was a good investment.  Then, he doubled the number of cocktail waitresses serving in high limit to make sure that any player who wanted a drink had one.

In the months that followed, income from the table games in his pit soared.

I’ll never forget his simple summary…  “The table games business is simple.  Get them drunk, and win the money.”

So, how did things work out for that manager?  Pretty well.  He is now head of one of the most prestigious high limit rooms on the Las Vegas Strip.  And I bet it’s really easy to get a stiff drink in there.

Post script –
Johnson was indicted for check fraud by Vegas DA after grand jury found against him … and then he settled for 50%, I am told –
http://lasvegassun.com/news/2015/jun/12/gambler-indicted-wanted-owing-casino-500000-losses/

Never drink while playing blackjack. Have a drink when your done playing. Win or Lose!

I could see this being a one-time advantage play for a mid-sized high-roller who is prepared to lose upwards of $250,000 in a single night of well-feigned intoxication, and then utilize a pre-negotiated/flat-rate lawyer to litigate the marker loss. Similar to a loss-rebate strategy.

The liability falls upon the casino……plain and simple. Here’s why…..No mater how uncontrolled the costumer is or could be, the establishment is part of the community and thus has a moral responsibility to the public to exercise better judgment if the customer refuses to or can’t.

Had Mark Johnston been a violent personal and gotten hold of a weapon of some sort and hurt or even killed someone then the fault would partly fall upon the establishment for facilitating his drunkenness to the point of the offence.

Mark Johnston is a grown man and is personally responsible for his behavior but helping impair his judgment beyond his ability to control himself instead of simply cutting him off is in my opinion negligence on the part of a legal business that caters to the public.

If you can’t handle your booze, don’t gamble, stupid!

What’s the name of this place? I can use a stiff drink! Can I get a drink BEFORE I place a bet?