Your Play is No Longer Welcome Here 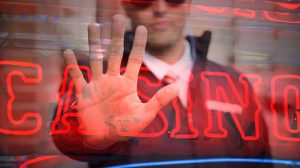 As I stated in a previous article, you can’t be kicked out of a casino in Missouri for counting cards. You can only be counter measured. However, let’s talk about what would happen if you were in a less advantage-player friendly state—the dreaded back-off. When I tell people about being kicked out of a casino for being a knowledgeable player, the first reaction is generally an incredulous they can do that?? They can, and they do quite often. If you’re in this industry and you’re successful, you’re going to get the boot—consider it a mark that you’re doing things right, at least from a play standpoint. There are ways to increase your longevity, but eventually the hammer always falls.

I’ve been asked to leave both politely and with a heavy hand on many occasions. I was once surrounded by security and pressured for ID. When I refused, I was followed through the casino, out the door, through the parking lot, and halfway down the street until they turned back (I can only imagine the dealer theft and collusion that could have occurred while security and surveillance tied themselves up by watching me walk away nonchalantly). Alternatively, I’ve been approached by shift managers who have shaken my hand and informed me that I’m too good at blackjack, and I can play any other game in the house that I’d like. 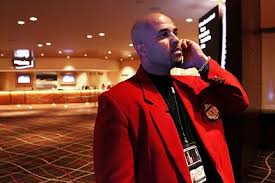 Generally the first step in being backed off is a security guard or a pitboss asking for your ID out of left-field. There are no other reasons for them to ask for ID if you’re already playing and have been for some time, and you should never be approached randomly by security at a table. The obvious response is to decline and let them know you were just getting ready to leave then make your way to the closest exit.

There are absolutely no benefits to providing them with your ID. If they have already decided you’re a profitable player, and especially if you are in a database of advantage players (Biometrica, OSN), giving ID will just give them an easy path toward identifying you.

You are under no obligation to hand over ID. You wouldn’t give your ID to a Wal-Mart manager who approached you while out shopping, nor should you give your ID to casino personnel.

Just because they’re wearing a suit does not make them an undeniable authority figure; you can and should just decline and leave the casino. Do not create a scene, and if possible, don’t say anything more than “I was just leaving.” You do not want to be memorable, and if you are lucky, they won’t send your flyer to nearby casinos. At best, they won’t get a chance to 86 (trespass) you. 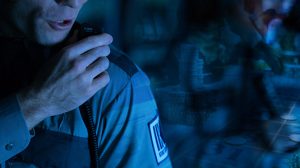 So what can you do to avoid being backed off? It comes with the territory, and it can never be avoided—but there are ways to decrease your likelihood of being declared persona non grata.

Being backed off isn’t the end of the world, but you can at least take steps to delay the inevitable. Having a clean name can be invaluable if you have the knowledge to beat a casino in more than one way, so maximizing profit isn’t always the best course of action. Remember to diversify your strategy to take advantage of each casino’s weaknesses.

James Araby has been an advantage player for over 10 years and is currently a full-time player. He is primarily a card counter, but he employs machine plays and beyond counting tactics where lucrative. He takes pride in being able to analyze games, and his versatility allows him to find profit in virtually any casino. He enjoys writing about his travels, the game of blackjack, and life's many adventures—good and bad. He is a member of the forum BJ21 and the discord chatroom BlackjackTheDiscord