by Rick Swogger, for BlackjackTournaments.com 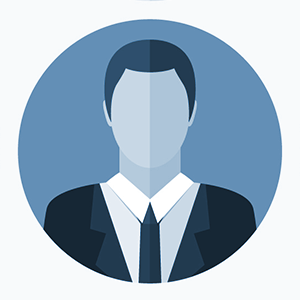 This interview originally appeared at our sister site BlackjackTournaments.com. Who better for the first interview there than the man who beat long odds two years running in the Las Vegas Hilton Million Dollar Blackjack Tournament? In both the second and third year of that event (2004 and 2005), Sam Vaughn advanced to the final table of 7 players competing for the first place prize of $1 Million. The second time around, he won it, much to the delight of the tournament community who knew it couldn’t have happened to a more deserving player.

Sam Vaughn retired from the Post Office in 1992 after 25 years of service. He moved to Las Vegas, Nevada in 1995 to get away from the explosion in population of Phoenix. Luckily, he moved far enough outside of Las Vegas, to a town of 4,000 people, that the city limits have not reached him yet. For many years, while living in Phoenix, Sam would drive his 1982 Ford van down to Las Vegas for tournaments. Sam bought the ’82 van in 1986, and put 300,000 miles on it over 17 years driving back and forth to Las Vegas. During those trips, Sam would set out for Las Vegas, and stop to overnight in Laughlin. Sam would park the van down by the river where he would sleep for the night. The ‘good old boys’ would try to get Sam a room, or at least let him use their shower. When it got too hot in the summer, Sam would park the van up in the mountains. It was during these early days, along with his friends John, Mike, Joe, and Gene Crancer, when Sam learned the skills to become a world class tournament player. I spoke with Sam in early 2006…

RS: When did you first discover blackjack tournaments?

SV: I played craps tournaments in the 1980s and when the casinos stopped hosting them, they talked me into playing in a blackjack tournament at The Four Queens in 1989. I won my first tournament and $50,000…so that was a pretty good start.

RS: How did you learn blackjack tournament strategy?

SV: I knew money management from all of the craps tournaments that I played, and that was a big edge. In those days no one knew about “taking the low”. The “low” to most people meant betting five dollars. Those of us that knew how to manage our money had a huge advantage back then. Friends like John Ressman and others would answer all of my questions about the best way to play certain situations. John and many others were tournament experts before Stanford Wong’s Tournament Strategy book came out.

RS: How many tournaments have you played in to date?

SV: I have played steadily since 1989, over 100 tournaments, and had won money every year, just over 1.25 million dollars total, until the calendar flipped to 2000. Then I went three and a half years with nothing. That’s real dollars, not what these other guys are throwing around today.

SV: That was a pretty good month. I won the Reno-Atlantis ‘Winner-Take-All’ tournament the same week that I won the monthly qualifier for the Hilton Million Dollar III Blackjack Tournament. The Atlantis tournament was worth $45,000 and the Las Vegas Hilton tournament was worth $20,000. In the Reno tournament, I was “all in” with seven hands to play, but by the last hand, (where I was chip leader and last to bet), I had “the high and the low” on the person in second place. I was in a great position.

RS: You are the only person to make it to the final table of the Finals for both the Hilton Million Dollar II and III. In which event were you closest to busting out?

SV: It was the second round of the MDIII, and I was so far back on the last hand that this guy had me covered high and low. I was going to have to swing him, (beat the dealer and have the dealer beat him). Then he made a mistake and surrendered, and left the door open for me to double down. When the dealer busted, I was able to advance to the next round.

In a span of two years, in the Hilton Million Dollar Tournaments, Sam Vaughn played a total of 18 rounds, advancing in all but two rounds. Stop and ponder that feat for a moment!

RS: Ok, let’s talk about the final table for the Hilton MDIII. Was a “chop”, (a more even distribution of the money), ever discussed?

SV: No, I had a couple of side deals leading up to the final table, but no one at the final table showed an interest in a split. With the wild card draw for the final table, there just wasn’t much time to work out a deal. I had a deal in the Hilton MDII, but with only one person. The rest of those players didn’t know what I was talking about when I said split.

SV: My thinking in that situation was to try to keep the leaders from betting big and getting more than a max bet ahead of me. If I bet small, they may all follow closely, and allow me to make a move on the next hand when I got to bet last. I was dealt 16 and lost, but my idea worked.

SV: I make a move with a max bet and get another 16, and now I’m ready to pack my bags and go home. I thought about doubling the hard 16 at that point. I still had enough money that I could lose this hand and would still have an outside shot at the million. That is why I decided to just hit it, and caught an ace for 17, and pushed the dealer.

RS: Hand # 26, everyone in front of you bet big, except the bankroll leader, (BR1). Had he also bet big, would you still have made a max bet?

SV: Yes, at that point I felt that I needed to stay with everyone to keep it close. I ended up getting a 12 against a 10 for the dealer.

RS: Now the fun begins. You ended up doubling your 12 against a 10 for the dealer, any second thoughts on that decision?

SV: No, not at the time. Several guys that I respect said, “yes, but what if you wanted to hit it again?” They were assuming that I would hit it again, without busting, and beat the dealer. I just went ahead and doubled it and caught a deuce. Had I hit it twice, I would have busted. Then, the dealer would have busted behind me and eliminated any chance that I still had to win.

RS: Hand # 27, the next to last hand, ends up being the most interesting hand of the whole tournament. You are chip leader (BR1) and your closest pursuers have all made max bets along with yourself. You are dealt 4-5 and BR3 is dealt a blackjack, which will put him in the lead. Even though you will bet after this player, you decided to double down your 9 against a dealer 10. Why?


SV: I was thinking that if I lose this hand, it’s over. I was playing for a million dollars on this hand. I didn’t want to win the hand and still be BR2, so I decided to double it. I caught the 10 and the dealer turned over 18. It couldn’t have worked out any better.

RS: Hand # 28, there is only one person within a max bet of you at this point. You must be feeling pretty good about your position. Tell us about it.

SV: I’m in good position both in chips and playing order. I just matched their max bets and waited. BR2 doubled and was stiff, BR3 doubled into a 17, and I had 18. If the dealer makes any hand, I will win $1,000,000. I figured the dealer hadn’t turned over a ten for quite a while, and was overdue. (The dealer had a seven up.) The ten flipped over and the tournament was over.

SV: They wanted to give me a rack of one thousand $1,000 chips. Can you see me walking through the casino like that? I took a check instead.

RS: Just curious, how much did you tip the dealer?

RS: What did you do with the money?

RS: Describe your situation with Fred.

SV: The first year of the Hilton Million Dollar Blackjack Tournament, there were four of us who went in together. Since we didn’t have the bankroll to play each month, we just took turns. The second year of the Hilton, there were only three of us: me, Fred, and his stepson. The other two wanted to play every month, so they pulled out of the group. This last year, it was just Fred and I in the agreement.

RS: Finally, what kind of advice or tips can you give to our members who may be new to tournament blackjack?

SV: Play all of the mini tournaments, and as many tournaments as you can. If you get knocked out, stay and watch the table and evaluate their play. Talk to other players that you respect about anything you don’t understand.

For those unfamiliar with the Hilton MDBJ III Tournament, the starting bankroll was $5,000 with a minimum bet of $100, and a maximum bet of $2,500. Sam ended with $18,250. That is 7.3 times the maximum bet after 28 hands. The last five hands of the tournament for Sam: loss, push, win, win, win. The important point is the fact that he lost a minimum bet, won one maximum bet, and won two double maximum bets.
I’m sorry to pass along the news that Sam Vaughn passed away in 2011. And so departed one of the most unique and endearing personalities in the tournament world. There will never be another quite like him. RIP Sam.

← Back to Blackjack Interviews

Sam Vaughn is my father. I wish over the years that we could have been closer and he could have taught me some of his “tricks of the trade”. I miss him dearly!! Love you DOD!!

Thanks for posting a note. Sam is missed by many.

Sam vaughn was my first cousin, over the years I had lost contact with him. I only knew that he had moved to Phoenix. I have not have contact in years.
Thank you.

Thanks for dropping by Dick. Sammy was a unique and warm soul. He is missed by many.