Power Blackjack is an interesting game available at some casinos powered by WagerWorks in which a dealer with a hand total of twenty-two will push against all players who have not busted or been dealt a natural, however, the players do receive a few benefits from this rule. 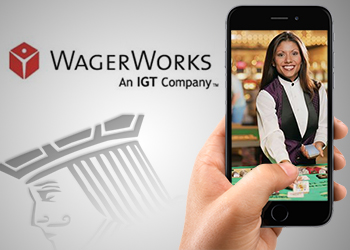 In exchange for pushing on a dealer twenty-two, the player has the option to, ‘Power Double,’ on certain hand totals. The way that a power double works is that, if a player does not like the third card that he receives, then the player may exchange it for the next card in the shoe and the original third card will be discarded and disregarded entirely.

The player also has the ability to get rid of some of his worst hands by doing a Power Split, with this, if a player has any two card total of either fifteen or sixteen, then the player may take the two cards and split them up such that each one is the starting card of two new hands. When the player does this, not only does he fundamentally improve his expected value, but he is able to still double even after having split the two cards.

This is an interesting variant of Blackjack and the WagerWorks version of the game comes with a low house edge of 0.23%, which is excellent for any Blackjack game. I would suggest that this is definitely an enjoyable variant and certainly worth trying out if you have never done so before, and in addition to that, who can argue with that kind of house edge?