As one might expect, Spanish 21 uses the Spanish deck, which is simply a normal deck with all of the tens removed. There are several rule variations for this game, especially as it is a popular game played in brick-and-mortar casinos all over the U.S.A., so it is important to understand what the house rules are and how they may affect the house edge. 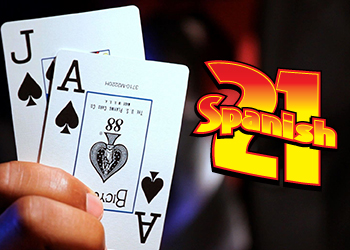 Spanish 21 is similar to Pontoon and is usually found under the mopniker of, ‘Spanish Blackjack,’ and can sometimes be found online under the name, ‘Pirate Blackjack,’ but for the most part, it can be found in brick-and-mortar casinos.

Another interesting rule change is that the player has the option to surrender even after the player has doubled down, so essentially, the player gets the double wager back and forfeits the original amount bet.

There are a plethora of other rule variations which alter the house edge and can change the strategy pretty significantly, furthermore, this is a very complicated game to begin with, so a player should definitely rely on the strategy charts on Wizard of Odds and not his or her own intuition for this one.

Ultimately, this may be a game that many people enjoy, and it comes with a house edge comparable to a decent blackjack game, just with a ton more variance due to all of the pays for different hand types as well as the ability for the player to make several decisions that result in increasing one’s bet. This game, however, is not for everyone. Those seeking to play optimally may become bored given how many times they will have to turn to the strategy chart within the first few hundred to a thousand hands before getting the game down, and while the chart has been made as simple as possible, the plethora of different situations that can come up can render the chart still somewhat hard to follow. It is definitely a game upon which a player can become easily overwhelmed in the early going.